Week 12 was 4-0 and Week 13 was, well, absent. I know, I’m actually terrible at this. For the record, I did pick all game winners, but I don’t think that was too tough. Let’s move on to Week 14! I am heading out to Guelph to see the Ticats play the Stamps. RIP Ivor Wynne. Nothing like fall, football, and beer. I wish beer started with an ‘f’ that would have worked nicely.

This deserves a very brief explanation – look at the standings. Ok, bye.

This will be a close game and I am totally looking forward to it. Here’s where Hamilton has the advantage, Henry Burris. He’ll have to improve from last week, but this is the game to do it. The pressure is on in the East, they have home field advantage, and with a little SK luck, this could be their game. I give the nod to the boys in black and yellow.

Top of the charts, Toronto picks up another win, hands down.

Sask can’t lose 4 in a row, I’m very much a believer that good teams turn it around when the pressure is on. The pressure is on, dialed all the way up.  Montreal is a 4-8 team and Saskatchewan cannot afford to be 8-5 in the West. I see them pulling this off in a major way, and putting the last 3 weeks behind them.

That’s it for me this week, enjoy the games!

I feel like we broke up for a bit, and I’m sorry.

I’ve missed the last few weeks, it’s been a busy end to the summer, but baby, I’m back! Let’s talk a little bit about some of the things that have happened. Buck Pierce headed to BC, for the second time. I’m not entirely sure what he’ll be able to add, or what BC thinks he’s going to do for them, but this reminds me of buying a beater in high school to last you through College – and then it falls apart. The Bombers also beat the Riders in the Bango Bowl, the Ticats beat the Lions, and the Stamps barely beat the Esks. I picked quite the excellent weeks to lay low (who would have predicted those?) No more small talk, let’s get to this week.

I think this should be a close game. Hamilton keeps on trucking and grabbing W’s, and are one spot away from the Argos. They will be hungry. Calgary is the better team, and have won all 4 home games this season. Jon Cornish also needs 60 yards to crack 1,000 for a second consecutive season, making this a game to make waves. While I believe in Burris and his ability to lead the cats to the top of the division, it’ll be a hard game to win outright. Hamilton stays close, which is why I give them the nod.

Edmonton needs to end their losing streak. They’re currently 1-9 for the season, and haven’t won a game since July. On top of that, they kept the game tight versus the Stamps two weeks ago and probably learned a lot of lessons to take into this game against a rather weak Bomber team. With Winnipeg at 2-8, I am going to give this to Mike Reilly, who looks to be the beacon of light for the Esks.

The Riders have something to prove after losing to the Bombers. I suspect they will win this game, but by 8? I am not too sure. The Argos are sitting at the top of the East and can feel the Ticats on their backs. It’ll be time for both teams to show a good performance, but just like their last match-up, this one is probably coming up green and white delight. Playing the odds? Go double blue.

Rarely does any East team win in BC. It just isn’t done. It may be the time change, but I think it’s also just a tough stadium to get a W in. BC will be playing a different game this week and I am suspecting they will be steam rolling all over the Als, no matter how well they play. Even with the spread, I would take the Lions.

That’s it for me this week, enjoy the games!

Yikes. Last weeks picks were a bit of a bust, to say the least. This week I am back, and I feel confident with my choices. 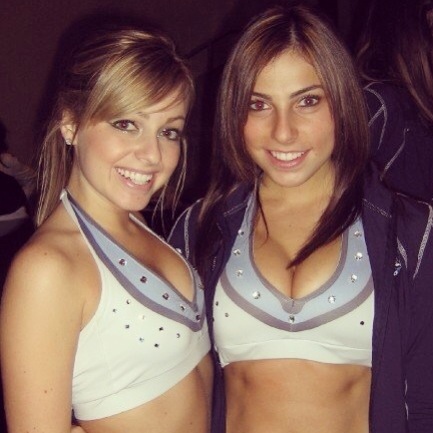 Andy Fantuz is back in the mix this week as the Ticats head to Winnipeg for Friday nights match-up. Which means the Rum Hut will be open, friends. Winnipeg has only won 1 game. It’s week 8, you do the math (tricked ya, they have lost 6). The point is, these 2 teams are the worst in the East, but compared to each other, Hamilton edges ahead. I expect them to get their 2nd win against the Bombers and improve their record.

The Riders will win this game, make no mistake about it. But by 12 points? That’s a risky gamble. I say play it. Last week the Als lost to the Argos 38-13 (which is odd, the Argos have had 2 games back-to-back where they got 38 points). With that kind of gap, the Riders, who are a great team, should do the same. Plus, the Roughriders smelled a loss last week and will be out to prove that was a one-time-only mistake.

This is a tough one. BC has gone 3-0 at home, but Calgary has won their last 4 games. Who do you choose? I stay stick with Calgary. Jon Cornish is impressive, to say the least, plus with the extra 3 points to cover, in a close game, you always pick the “underdog”. With Tate out, again, and Kevin Glenn in, the job will get done.

With no lines on this game, Toronto is your clear winner. Edmonton has the same abysmal record as Winnipeg, while Toronto sits a top of the East. JC Sherritt is also out, which is no help to the Esks in any way. I expect this to be a blow out, with no less than 35 points on the board for the Argos.

It feels so good to be right…

Week 2 proved to be very good to me – 3/4 games correct, I’ll take it! I have to give it to you all, the amount of people who told me I should give my Miss Argo 2006 tiara back had me praying to the football Gods that Winnipeg would win (just so I could show my face again). They did, and normally I don’t like to brag, but that first W felt good. But that wasn’t all that I noticed this week…

Two things I’d like to point out – the Eskimos and Calgary’s offence.

The Esks are continuing to surprise everyone, and I mean literally shocking the West. If you said they’d be 1st place at ANY point this season, you’re lying (even I didn’t think that). The last time the Esks were undefeated going into week 3 was in 2005 when they won the Grey Cup (but don’t plan the parade just yet). Ricky Ray continues to prove why he’s one of the top QB’s in the league, completing 21 out of 31 passes, totalling 388 yards with one touchdown and no interceptions. With a team playing in all new positions, I’d say those are some pretty good numbers. Oh, and see that Henry Burris, no interceptions. Which brings me to Calgary’s offence. Clearly they can put points on the board, 34 to be exact, but Henry Burris continues to give up easy interceptions – 3 in total this game. Get a better handle on that and I do believe they will be the ones to give the Alouettes a run for their money. Oh, and Joffrey Reynolds is one seriously sick RB – that is all.

This week I see one game that could go either way, and with that being said, here are my picks for Week 3.

Calgary vs Winnipeg: I am going to give it to the West (not that I want to). I think Henry Burris can get down the amount of interceptions and walk away with this game, if he wants to. They are a solid team, and unless the Winnipeg Blue Bomber Offence plays a more solid game, Calgary maintains the lead, and at no fault of the Bombers defense.

Toronto vs. Montreal: Boo, hiss, booooo. Yep, I know I’ll hear it again. The Alouettes take this game and Toronto sits 1-2 going into their home opener.

Saskatchewan vs. Hamilton: I truly believe Sask is going to get their act together and climb out of bottom spot in the West. While I believe these teams are well matched, Hamilton’s offence will not be able to put enough points on the board to get them through this one.

BC vs. Edmonton: I am still riding the Esks train, and believe that at home, they will go toe-to-toe with a 0-2 BC. If they continue to play their game, running and throwing the ball, this team should sit at the top of the West again next week.

That’s it for me, kids. This week kicks off on Thursday night with what I predict will be the game of the week to watch.

Want to chat? Send me an email: shannkell@gmail.com

There was an error retrieving images from Instagram. An attempt will be remade in a few minutes.